StAnza: Celan and the Holocaust and Different Trains; Shotover

It’s 7am on Sunday and I’m sitting in the conservatory of our cottage.  Overhead is a mackerel sky moving north quite fast and underlit by sun.  Sound effects are provided by a woodpigeon, sparrows, a dunnock, a crow, and the gulls on alarm snooze.  Beside me is a mug of tea and a large bowl of porridge with prunes, banana and goats’ milk yoghurt.  Time to write about yesterday; feeling pleased that I came back straight after Kei Miller’s reading and wrote it up last night.  I did make it back again  for part of the late night Poetry Slam – fun, with a great audience who cheered everyone on.

Yesterday was so rich… where to start?  With a festival coincidence.  Carolyn Forché and Ilya Kaminsky talked yesterday about Mark Strand and Paul Celan.  Kaminsky is a former student of Forché’s and they are clearly still close.  She read a few Celan poems for him, including ‘Todesfuge’ (Death Fugue), which Celan later repudiated.  One of the 20th century’s hardest-to-listen-to poems, beautifully read which made it harder.  The next event was a spell-binding performance of Steve Reich’s Different Trains by the Viridian Quartet with a new text by Rob Mackenzie, read by Janette Ayachi and Andy Jackson.  I hadn’t heard Different Trains for many years and wanted it to go on forever.  Haunting; the rhythms of music changing with the words on the background recording soundtrack.  The quartet’s performance was all the more amazing as they often have to be out of time with each other.

Mackenzie’s text, which was read first, shared some of its haunting, fragmented, disjointed quality.  The text quoted Kenneth Koch’s poem ‘OneTrain May Hide Another’ which is apt for the Reich piece – Reich as a Jewish child went on long train journeys in the US when but for geography he could have been on another train, one leading to death.  The Mackenzie text was on a completely different theme: “perhaps a love poem or an end-of-love poem or both simultaneously”.  It used some of the words from the piece and also played around with travel security announcements and station names.  That sounds playful, but the effect was also serious and intense.  The two readers spoke in turn: the music then seemed to echo their part-dialogue, part-counterpoint.

During Different Trains, which contains fractured recordings of station announcements, ‘Todesfuge’ was still circling through my head and I was remembering the New Jersey trains I took into New York the November before last.  Before going into a tunnel under the Hudson River the track crosses a desolate wetland /wasteland – beautiful during the day with the sun on reeds, birds and water and the NY skyline in the distance.  Coming back at night, there was nothing outside the windows but blackness.  I’d think: if the train stopped here and I had to get out, death by violence or drowning would surely follow in the polluted mud, and only the egrets would know where.

Afterwards I felt I’d been in the theatre for hours – but wished it could have been for longer.

Back to Ilya Kaminsky on Celan: language needs to be broken in order to wake it up.  Zbigniew Herbert said, poetry is to wake us up.  Kaminsky read part of Genesis chapter 1 – firmament etc – backwards, to wake us up.  Frontwards, we’re used to it so it becomes propaganda.  All great poets break language: look at the last line of Elizabeth Bishop’s ‘One Art’.  Celan: 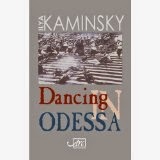 I wish I’d heard more of what Kaminsky said – I was at the back and my ears took too long to adjust to his strong Russian accent.  He lived in Odessa until his mid teens.  He writes in English which makes his poems feel differently put-together rather than broken.  Perhaps it just means that unlike native speakers, he doesn’t have to do any breaking.

At his reading later on, Kaminsky provided hand-outs of ‘Musica Humana’, his extended elegy for Osip Mandelstam and one of the main pieces in Dancing in Odessa, his book from Arc.  His reading was incantatory, with big changes in tone and volume – part-Russian traditional, part-idiosyncratic individual bardic style.

In the kitchen, on a stairwell, above the toilet,
he will show her the way to silence,
they will leave the radio talking to itself.
Making love, they turn off the lights
but the neighbour has binoculars
and he watches, dust settling on his lids.

Back to Forché on Strand, whom she described as “a poet of radical solitude and protean selfhood”.  He was born in Canada to French speakers and had a peripatetic childhood.  He was bullied at school initially for his thick French accent.  The first poem in English he tried to figure out was Wallace Stevens’ ‘Thirteen Ways of Looking at a Blackbird’.

Forché as a teenager wrote to Joseph Brodsky and sent him some poems.  To her surprise, a few weeks later three pencilled postcards arrived in the wrong order.  He advised her to read Strand.

One of the pleasures of these Past & Present events is hearing poets read the works of the poet they love enough to present to us – including in this case ‘Keeping Things Whole’, a poem that continues to carry the memory and after-effects of my first reading of it.  It starts:

In a field
I am the absence
of field.
This is
always the case.
Wherever I am
I am what is missing.

Alice Notley and interviewer J L Williams had a both relaxed and intense discussion at a Round Table event.  The audience of around 15 sat on sofas in a university room that’s presumably used for seminars, with a view of grass, sky and bare branches.  Her reading the other night which I enjoyed so much had divided the audience, nearly all of whom had probably come new to her poetry: having a chance to hear her talk about it might have made the listening easier.  Here are a few of the things she said:

- She finds a different form for each book, it’s part of the process.  Sometimes she uses old forms but doesn’t tell people: recently Horace’s Odes, even though his metres are impossible in English.  [Well, close to impossible.]  William Carlos Williams’ ‘invisible’ variable feet.

- “I am your mouth”, a quote from her reading – she wants to speak for others more than for herself.

- “I consider sleeping to be part of my work time”.  She wakes up, processes her dreams, goes back to sleep.  She’s getting information.  No-one has satisfactorily explained dreaming.

- No-one had written about having small children; doing so, using accretive processes in the bits of time she had, was both scary and exciting and balanced out a severe post-natal depression.

- She was part of the second generation New York school who liked wit, wordplay, a brilliant surface for language, keeping things light.  Then people close to her started to die and it didn’t work any more.  People didn’t like her change in style but she knew she was right.

- She was close to Bernadette Mayer and Anne Waldman; Ted Berrigan (who was Notley’s husband) said they were a school but they didn’t know how to say this.  They did feel they were inventing a voice for women poets.

- The only way to let many voices in is to be alone. 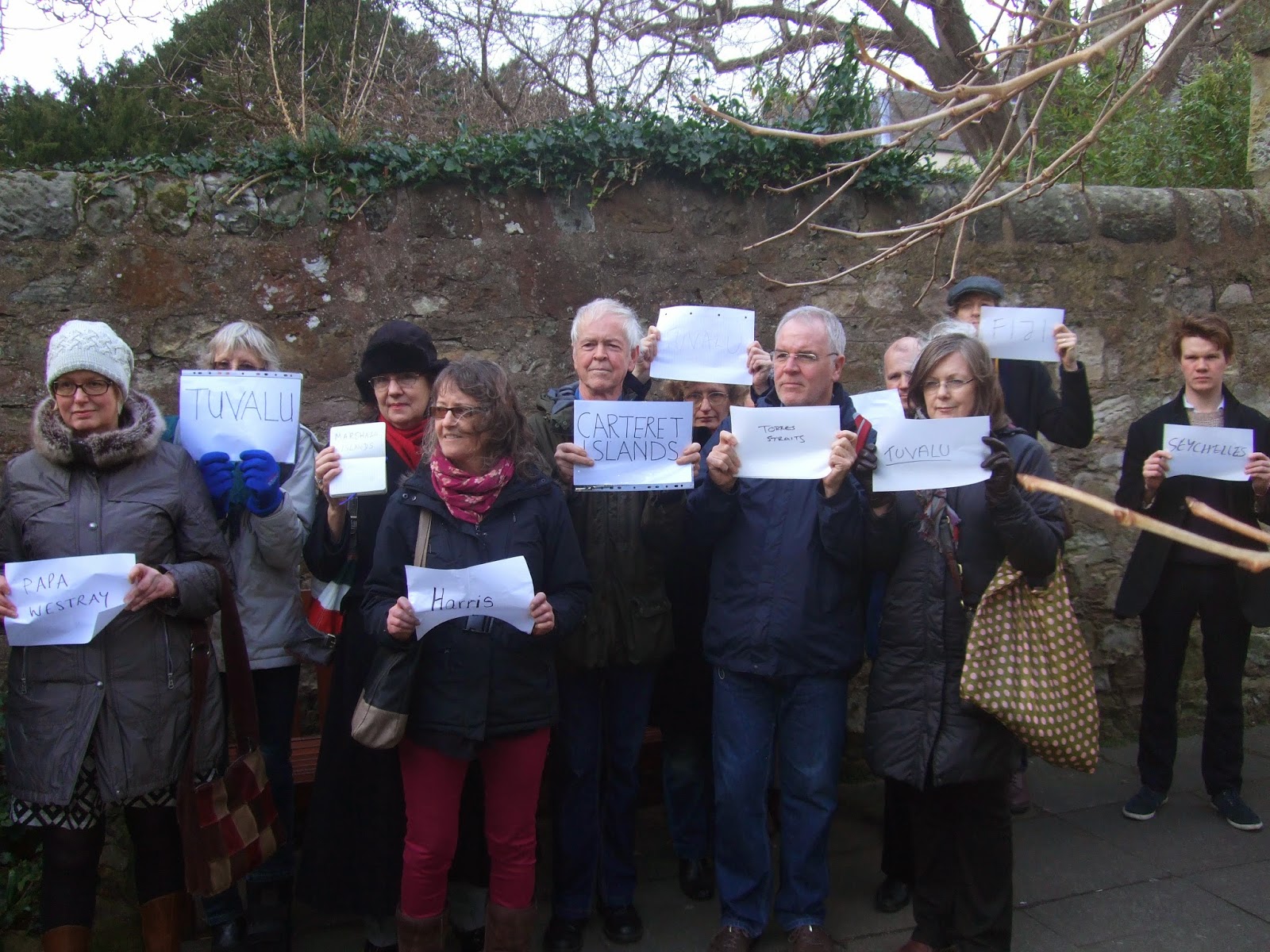 London’s climate change march was yesterday so at lunchtime we made an archipelago – see yesterday’s blog – with the St Andrews Transition Group, in solidarity with islands threatened by climate change.

Kei Miller is turning into a star.  On the page, his poems are hugely enjoyable – such beautiful language – words, cadences, syntax etc, combined with content that’s both deeply serious and witty, always thought-provoking.  The poetic excellence is enhanced by his reading voice, the other-English sounds and the charm.  Such charm can catch audiences out – some people were beguiled into laughing at ‘Shotover’, one of the place-name poems from The Cartographer Tries to Map a Way to Zion.  It moves from the word-play of Château Vert being corrupted to Shotover, to the with-hindsight explanation for the revised name: escaped slaves got shot over that ground.  I think Miller got back with a gentle dig in a spiel a poem or two later, but I may have imagined that.  His reading went down as much a storm as Forché’s yesterday.

Check out the StAnza blog here.
Posted by Fiona Moore at 09:29