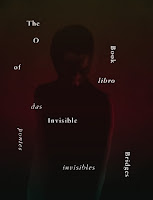 Best thing about Saturday: satisfying my usually frustrated hunter-gatherer instincts, as a reader/buyer of poetry books.  Where else can one do this?  Even the best bookshops have nothing like the range we got on Saturday in Islington.  From £1 pamphlets to the collected works of Veronica Forrest-Thompson for £32 (I think).  From Picador to Pighog Press.  But mostly, and most importantly, small publishers and pamphlets, the former talkative, the latter, for once, browsable.

Then there were the readings, in a side room full of sunlight from a high window and draped in crimson satin; and the lovely courtyard café, staffed singlehandedly by a Spanish waitress who deserved a poetry medal for her many trips up and down a vertiginous iron fire escape to keep us all in caffeine. 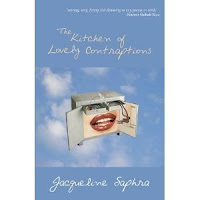 There was Spanish wine and ham too.  Now I’ll boast about my haul.  I bought Tasting Notes, Matthew Stewart's HappenStance pamphlet that was launched with the wine and ham; Matt Merritt’s hydrodaktulopsychicharmonica, from Nine Arches; Jacqui Saphra’s The Kitchen of Lovely Contraptions, from Flipped Eye; a book of poems by Helen Macdonald, Gael Turnbull and Nicholas Johnson from Etruscan Books; Xelis de Toro’s The Book of Invisible Bridges, which does brain-twistingly unexpected things with text, from Pighog; and Caasha Lul Mohamud Yusuf’s poems from the Poetry Translation Centre.

There were stalls, like Shearsman and Reality Street, that I’d have liked more time to look at.  There were stalls for publishers I’d never heard of, that I’d like to have spent time at.  I was there for around 5 hours; at one point I did a time check with a couple of friends and we couldn’t believe the day was going so fast.  What about a 2-day fair next year, with an evening event/reading?   Easy for me to say – I don’t have to organise it, or take a financial risk.  A big thank you to Charles Boyle, Chrissy Williams and the volunteers: you gave us a great day out.

CB has written about the fair on his blog.  Some interesting observations about the different attitudes of large publishers – Picador comes out of it very well, the others don’t.  And now CB’s thinking of pop-up shops, again as part of the mission to give readers access to small presses, and small presses to readers.  Yes!!!

This blog is going on holiday.  To Greece, with walking boots and swimsuit, to an old house on a wild island where I used to spend the winter weekends when I lived in Greece in the 90’s.  I haven’t been back for around 15 years.  I hope it hasn’t changed too much, but there is sure to be illegal and/or corrupt building, and new roads that lead nowhere.

I want to visit my favourite Greek temple, which is like no other.  It’s at the top of a mountain, hence the walking boots.  I hope the goat-and-sheep farmer up the hill from the house will still be whistling his tune, part folk and part Bach fugue.  I hope there will be blackberries in the lane (yes, blackberries.  It’s too early for pomegranates.)  And I hope much else – memories have come back in the last couple of weeks, drawn out of nowhere by thinking about the visit.
Posted by Fiona Moore at 21:31 No comments: 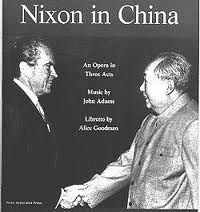 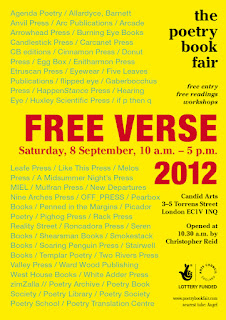