Last autumn, Sharon Olds read from Stag’s Leap at Goldsmiths College in London.  The reading started earlier than most, I couldn’t avoid being late and, on arrival, couldn’t find the venue.  Goldsmiths is a nightmare in the dark. Eventually some kind person rounded up a few lost people, and took us up the fire exit stairs to the top/back of the lecture theatre.  We waited outside the closed doors for a break.  I could hear Olds’ voice coming from a long way down, but none of the words, only the cadences – rising, falling, inevitable, inexorable.  I wouldn’t have minded staying outside.  Perhaps one should listen like that to every poet, at least once, to get to the marrow of their poems.

Despite this, and despite being let in to hear her read a couple of final poems, when I looked at the book while milling around afterwards I didn’t want to buy it.  Lateness, the crowds – something meant it didn’t get through to me, and I put it aside to try another time. Having heard her at the TS Eliot Prize reading on Sunday night a week ago, after which I wanted to read the book at once and wanted her to win, I can’t explain it.  But it’s a lesson in how much the mind, heart, soul etc (or mine, anyway) can vary in receptiveness.  How unreliable they can be. 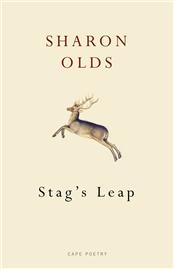 The book occupies its territory as if this were the most natural place to be.  A blurb on the back by Joyce Carol Oates describes Sharon Olds as ‘fearless’.  A better word might be ‘intrepid’, which allows for fear but overcomes it.  Divorce can’t be easy to write about well – it’s the subject of so much other, non-poetry, emotionally charged discourse.  (The same applies to politics, which those generations alive now and writing poetry have mostly failed at, a collective shame.)

I think Olds does succeed in carving out a poetry space for her subject, using a mixture of metaphor, memory and description of those divorce emotions.  The poems that work best include several of the early ones written when the splitting up was in progress.  They have a front-line immediacy, aided by her usual enjambment-fuelled urgency of diction.  ‘Unspeakable’, a terrific poem, ends:
He shows no anger,
I show no anger but in flashes of humour,
all is courtesy and horror. And after
the first minute, when I say, Is this about
her, and he says, No, it’s about
you, we do not speak of her.

The simplicity of that ending makes it utterly brutal.

The poems range across their theme.  ‘Tiny Siren’ recounts finding a photo of her husband’s girlfriend when emptying the washing machine.  ‘Pain I did not’ contrasts the feelings of a woman left, ”my job is to eat the whole car / of my anger, part by part”, with those of the bereaved:

I was not driven
against the grate of a mortal life, but
just the slowly shut gate
of preference.  At times I envied them –
what I saw as the honourable suffering…

My interest became personal here, having been in what Olds thinks is that enviable position, which made me wonder what impact the book has on people who have gone through divorce.

Later, there’s a moving poem to a miscarried child:

Though I never saw you, only your clouds,
I was afraid of you, of how you differed
from what we had wanted you to be. And it’s as if
you waited, then, where such waiting is done,
for when I would look beside me – and here
you are, in the world of forms, where my wifehood
is now…

The poems work less well where they turn to generalities.  In ‘The Haircut’, Olds (still happily married) is cutting her sick husband’s hair; there’s some great description including this:

On his shoulders,
the little bundles would accumulate,
like a medieval painting’s kindling
dropped when a meteor passed over.

But the poem ends:

Don’t be sick,
I said, OK, he said, and love
seemed to rest, on us, in a place
where, for that hour, it felt death could not
reach, and someone was singing, in my hearing, without
words, that no one can live without reaching
death, but I could have lived without having
loved almost without reserve, and for a
moment, then, I thought I lived forever with him.

Some people may find this beautiful.  I don’t find that the rest of the poem has earned it, or indeed needs it.  But Stag’s Leap is, among other things, a celebration of what was, a boast, and finally a burying.  The book’s last section is called ‘Years Later’; I think it is rather mixed, some poems taking a rationalising tone that makes them less powerful than what went before.  But the poem called ‘Years Later’, which Olds read at the TSE evening, an account of a meeting with her ex-husband, is full of exact emotional description:

… patch of bandage on the cheek
peopled with tiny lichen from a land I don’t
know.  We walk.  I had not remembered
how deep he held himself inside
himself – my fun, for thirty-two years,
to lure him out. I still kind of want to…

A favourite poem is ‘Sleekit cowrin’’, a metaphor for what she’s doing with the book.  A forgotten trapped mouse gets eaten by various life forms, including “a beetle striped / in stripes of hot and stripes of cold / coal”.  The poems ends:

And I know, I know, I should put
my dead marriage out on the porch
in the sun, and let who can, come
and nourish of it – change it, carry it
back to what it was assembled from,
back to the source of light whereby it shone.

I think there’s humour here, not always a big point with Olds.  And maybe a reference to the strong emotions she seems to arouse as a poet – both for and against, I’ve listened to both in the past week.  The Againsts are critical of her behaviour – an occupational hazard, for anyone who writes poems that can be taken as so viscerally personal?  (I’m not going to go into the question of how close the ‘I’ of the poems is to Olds herself, though from interviews her own answer is, close or identical.)

Having read about half the book, and then listened to / read some Fors and a couple of Againsts, I went back to the book and realised: I don’t want to know about Olds and what she has or hasn’t done.  I just want to take the poems on their own terms, good, bad or indifferent.

This reminds me of a more general recent conversation (nothing to do with Olds), where some people were saying they always want to know about the person behind the poems, and others of us were saying, No, we don’t need to, and what’s more, the poet can sometimes get in the way of the poems!  Not that I could maintain the No argument in every case (Heaney being a prime example where I flip to Yes), but I maintain it as a principle.

There’s a 2009 interview with Sharon Olds by Michael Laskey, here.  About the writing, not the life, unlike some of last week’s press coverage.

Stag's Leap is published by Cape.
Posted by Fiona Moore at 20:25