Glyn Maxwell’s book about poetry is called On Poetry, but In Poetry might have been truer.  I don’t mean he doesn’t have perspective – there’s plenty – but the book feels written from deep inside poetry.  I read the first couple of chapters, which I think are the best, on a morning commuter train going out of London, against the flow, so all the calmer for the opposite direction’s chaos.  I had to force myself to focus on not missing my stop.  I was In Poetry.  On a good day, where would one rather be?

Maxwell goes right to the essence of poetry in those first two chapters, called White and Black.  He shows the reader an early human gazing at a savannah view, with everything needed for life; and then a white page / screen, without or with black marks.

Poets work with two materials, one’s black and one’s white.  Call them sound and silence, life and death, hot and cold, love and loss: any can be the case but none of these yins and yangs tell the whole story.  What you feel the whiteness is right now – consciously or more likely some way beneath that plane – will determine what you do next…  Don’t make the mistake of thinking the white sheet is nothing…  For a poet it’s half of everything. If you don’t know how to use it you are writing prose.  If you write poems that you might call free and I might call unpatterned then skilful, intelligent use of the whiteness is all you’ve got.

Put more practically, line-break is all you’ve got.

Yes!  Nothing new about this final statement (though not every writer of poetry gets to it straight away, if asked).  But the context, Maxwell’s description, gives it much greater resonance.

The white / black context also enables him to explain, shortly and simply, why song lyrics aren’t poetry.  Write out one of your favourites, he says.

Song lyrics are not written upon whiteness, so the whiteness is alien to them, a corroding air, you can hear it eating those sweet lines away.  Song lyrics are not composed to take the form of black signs upon that whiteness, therefore the blackness itself is alien, doesn’t have the blood the sung words have…

The other half of everything for the songwriters is music.  For the poets it’s silence, the space, the whiteness.  Music for them – and silence for us – does the work of time.

Yes!  Next time this comes up in conversation, that’s what I’ll say, if I can.  Though I think the boundaries are more blurred than his argument allows for.

As for the blackness,

The form and tone and pitch of any poem should coherently express the presence of a human creature. Content, matter, subject, these all play little part.  Form plays almost every part, which is why I continue to say that who masters form masters time… a poet can shape time in a poem, and form is how that’s done.

Yes! to the lack of importance of content.  How much of a poem, and what, does one remember afterwards, and for how long?  I like his four ways of meaning in a poem: 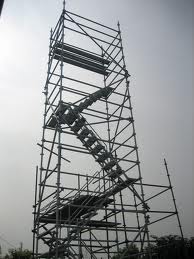 Solar: what the poem’s actually saying, in daylight, on the surface. “Poems deficient in solar meaning are quite easy to spot in the field, because vast trapezoids of critical scaffold have been constructed around them to clank in the wind.”

Lunar: what the poem means, below the surface, meeting in moonlight, “the resonance, the echo”.  Poems deficient in lunar meaning may be full of surface emotion or comedy, maybe strong performance poems, but “written down the words are flat, go nowhere else, are waiting instructions from their leader”.

Musical: the sound.  Poems weak in music “sound like prose, are dull to read and hard to memorise”.

Visual: “poems with prime visual force”.  Not “weak on line-break, weak on the causes of line-break”.

There’s lots more that’s good.  He is good on form.  I think he could have explained the basics of stress better.  He says

If you think every syllable in poetry is only stressed or unstressed, you must dwell in some binary realm where it takes 10 to tango.

Yes, of course, but some help-in-thinking-through might be good, with examples of how stress can change in the same line and change with any change to the line.  It does seem to be conceptually quite difficult.  A separate point: syntax deserves more space than it gets in this book.

There are some good poetry workshop parlour games.  One of the best is: write the screenplay of a great poem.  So that, for example, stanza breaks become cuts, fades or dissolves.  Maxwell is also a playwright, which serves to sharpen some of his analysis.  The parlour games are played by a quartet of made-up (he assures us) and usefully archetypal creative writing students.  Sometimes a certain irritation comes through, as if Maxwell has had to teach such classes too often.

There are many illuminating passages, a pleasure to read, on particular poems, eg Edward Thomas’ ‘Old Man’ and the start of Emily Dickinson’s ‘There’s a certain Slant of light’.

I do think Maxwell misses one big opportunity.  His examples all come from the canon, almost all pre-1950 (and almost all male).  What he doesn’t do is address contemporary poetry, of whatever degree of formality or freedom, and discuss how, and how well, it works against his criteria.  There’s a summing-up passage near the end of On Poetry that shows both the book’s strengths and weaknesses (the extract below is much-cut):

[on the need for form:] You breathe the whiteness, you know lines have to end, you seek out words that fit the music.  Your brain, freed from its dull day-job of serving up the next thing you WOULD think, because you’re you, delves deep into the vaults and libraries instead.. sorting and rummaging for a word or phrase that not only means right but sounds right, looks right, fits right…

What’s called ‘free verse’, writing that has broken clear of either the metrical or musical phrase and uses the word ’free’ for what it thinks it is now, just isn’t up to that. Because nothing is standing in for what makes us creatures in a time and place.  Whether it’s breath, pulse, night and day, footsteps, seasons….

Of course there is a lot of lazy writing around, one might call it the free verse equivalent of doggerel from the old days.

But there are plenty of contemporary writers whose poems (it seems to me) do what Maxwell extols, and show possible ways forward for poetry.  What does he think of.. oh, where to start?  The first ones that come to mind: Olds, Graham, Doty, Howe (M), Shapcott, Paterson, Heaney, Walcott, Prynne, Oswald, Jamie, let alone the younger generation.  (My guess is that he likes some of these more than others; also that we’d start getting into discussions about the elusive boundary between free verse and the rest…)

It saddens me that he doesn’t talk about poetry now, partly because this is such an insightful book that I’m greedy and want more; and partly because there are a lot of people around who really think that no good poetry has been written since Eliot, or even Yeats, and if anyone could persuade them otherwise, a writer as eloquent as Maxwell could.

Perhaps he shares their view.  Or, much better, perhaps he’ll write another book, a book that engages with what’s happening in contemporary poetry and where it might go.  I hope so.

On Poetry is published by Oberon Books.