This will be shorter than the last post.
Long ago, Robert Hass was having a conversation with Miłosz who was showing him some political poems.  Hass was commenting on them reluctantly, maybe not thinking they were that good, so Miłosz said something like this:
Sometimes it is better to be ashamed than silent.
Hass said he’d learnt from Miłosz how to face the issues, write about them. Remembering that, it’s all the more shocking to find he’s been facing them physically too, since Aldeburgh.  Here is a clip that shows Hass being shoved around by police at a Berkeley protest.  A few days earlier, he’d told us how Miłosz had learnt English from Blake’s Songs of Innocence & Experience, which he stole in Nazi-occupied Warsaw while being forced to move libraries around. Taking cover while an escaped prisoner was being pursued and shot and the cobblestones were all up-ending, Miłosz thought: The Waste Land (another of his primers) just wouldn’t do.
Hass/Miłosz wasn’t all seriousness… Hass once found a second-hand book, in Polish, on underwear - all the names and types.  He gave it to CM, by then a grand old man and Nobel winner, and it made him so happy…  I think it was at this point that Hass became tearful.  Or maybe it was when he talked about how Miłosz was driven by his need to recover reality through writing poetry, and the impossibility of this. 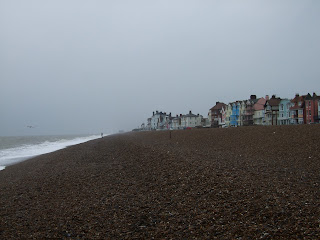 No tears from Kay Ryan, and she made us all laugh, often; but there was loss and anguish below the surface.  She read her narrow poems like climbing nimbly down a ladder, or up; whichever way, gravity is with the listener/reader...  And she talked - drawn out very nicely by interviewer Naomi Jaffa.  I think the best thing she said was (approximately) this:
A poem never makes you feel heavier... it makes your parts feel further away from each other... gravity doesn’t have to weigh us down.
Hopkins and Dickinson were early passions/influences, but the first was her one-room-schooled grandmother who would recite poems by heart.  Ryan was thrilled by Dickinson’s off-rhymes, and by her taking the mind as her subject. 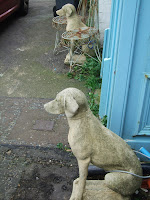 Why that Ryan-poem shape?  It’s like only liking crusts; narrow lines please her. As for length: short poems slow the reader down, make every word matter.  No fat no slop.  When she started writing, one couldn’t rhyme, so she chose mid-line rhymes.  She tries to be very plain in syntax and argument, in order to help the line breaks and make the meaning clear.
There’s plenty that’s unclear [in the world], I like to clear the pool as much as possible.
In a packed room she did a close reading of a poem by Stevie Smith, whose terrible rhymes and adoration of pratfalls she loves; plus an ability to treat profound things with despatch.  And SS wrote to please herself: “I was never in rooms like this, co-operating”, Ryan said.  It is, she told us, an immense undertaking to get to the end of a poem.
The Young Poets’ reading, with Emily Berry, Hannah Lowe, Helen Mort and Sam Riviere was excellent and attracted a big audience.  I already love Hannah’s poems so it was great to hear them in the Jubilee Hall.  A long poem by Helen Mort especially struck me, about the re-enactment of one episode in the miners’ strikes of the 80’s.  It would be good if Aldeburgh invited more younger poets who’d bring their audience… the current audience isn’t as young, or as multi-cultural, as it could be.  Especially the latter.
3 new poets, Jocelyn Page, Luke Yates and I, got our Aldeburgh on-stage moment in the Masterclass.  How often does anyone get the chance to workshop a new poem in front of 100+ people?  It sounds nervewracking, but it’s hard to be nervous within 5 yards of Michael Laskey, our chairman, or Jane Draycott, whose combination of wide-and-deep intelligence with niceness was just right for her role as workshop leader. Also, those directors’ chairs they use at the Festival were amazingly comfortable.  And I had confidence in Jocelyn, Luke, all three poems and, once things started, in the audience, whose comments were excellent.  Last but not least: The Rialto, who sponsor the Masterclass, have asked us each to provide a before-and-after poem plus comments on the process, for the next issue. 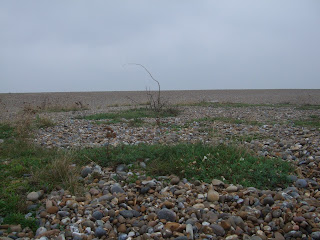 HappenStance and Magnetickidliv have both posted on the Festival in the last few days.
Photo credits: the three Festival photos are by Peter Everard Smith, via the Poetry Trust. 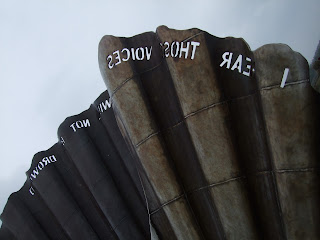