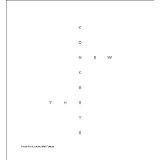 In the evening there was a big reading with the poets (those who’d got their visas in time) and translators at Poetry International.  There was the monthly Shuffle at the Poetry Café, a couple of whose readers are on the Forward first collection prize shortlist.  I missed both of these because it was also the launch of poet Hannah Lowe’s book Long Time No See (Periscope) which promises to be a fascinating mix of imaginative reconstruction and memoir.  It’s Radio 4’s Book of the Week this week, read by Hannah herself.
Posted by Fiona Moore at 19:29