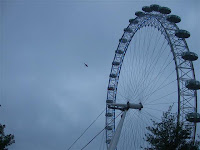 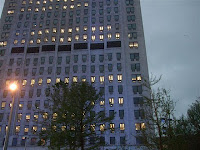 Nice piece from the BBC, with rain and poets, here.
Posted by Fiona Moore at 13:03 4 comments:

I got lost on the middle slopes of Mount Parnassus once, wandering along paths between age-old oaks, up and down small hills and cliffs and valleys, through patches of snow among spring flowers.  There was no-one else.  Sometimes the view would only be of the immediate surroundings, the geography of a small part of this massive mountain; other times I could see miles of mountains and the Corinthian Gulf.
Parnassus (Parnassos), a lofty mountain, whose summit, a few miles north of Delphi, rises to about 8,000 ft.  On it were the Corycian Cave [sacred to Pan and the Nymphs] and the Castalian Spring [an eponymous nymph plunged into it to escape Apollo] and the mountain was associated with the worship of Apollo and the Muses.  It was often referred to as having two summits, one sacred to Apollo, the other to Dionysus.
That’s from the Oxford Companion to Classical Literature, a useful volume, if old-fashioned and sometimes far too brief.  It was first published in 1937, and my 1974 copy is a reprint from that.  There’s a new edition available now.
It took me a while to wake up to Poetry Parnassus. I was led by the Southbank Centre’s brochure into thinking there were a couple of staged events a day, plus some fun free ones.  And then people started talking about it, and finally I realised that a massive and largely eclectic international poetry festival’s about to take place in London, 30 minutes down the railway line from here.
Understanding it is difficult, as you have to click on each of the hundred+ events on the SBC website (clunky at the best of times) to find out what time they are at.  Getting lost on Mount Parnassus was more interesting.
Getting lost at the festival will be interesting too, but here are some of the events I least want to miss.  They reflect my tastes and interests; there are dozens of other possibilities.
None of these are in the paper brochure.  They are nearly all free, apart from the few marked ££, so you can’t book, just turn up.  Venues etc are on the website.  All events are Tuesday 26 June – Sunday 1 July. 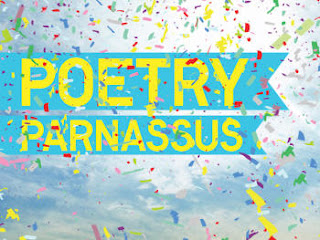 There are readings taking place most of the time in the Clore Ballroom, which is the back ground floor of the Festival Hall.  There is more background information on the poets here.   And I believe there may now be a paper brochure listing all the events.  [PS: there now is.]
Why have I written about this?  Partly because I’ve been trying to make sense of the events myself, and I know lots of other people have too.  Also because it would be such a shame if the poets taking part – from so many places, from so far away – didn’t get an audience worthy of their journey, and of their poems.
Posted by Fiona Moore at 19:13 6 comments: 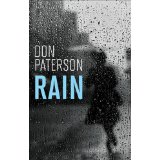 Oh, and thanks to Anna Johnson's blog, I've just found the whole evening's now available on video...
Posted by Fiona Moore at 19:49 2 comments: