When I wrote in January about the closed system of the big UK poetry prizes, a couple of people commented: shame there isn’t an award for small publishers, since the two main prizes both virtually ignore them.  So then Claire Trévien, editor of the online magazine Sabotage Reviews, pointed out that there is an award that covers them: the Saboteur Awards, which she’s been running for the last four years.

The Saboteur Awards “reward work that has… really made us and/or our readers sit up and take notice – especially work that has done so on a tight budget with a small-scale distribution. Sabotage Reviews focuses on the indie side of literature and performance, and our awards celebrate the best of that”.  There aren’t any tangible prizes, at least not until a sponsor comes forward, but there’s kudos.

The awards have a dozen categories, ranging from Best Spoken Word Performer and Best Collaborative Work to Most Innovative Publisher, Best Poetry Pamphlet, Best Anthology and Best Magazine.  So plenty of chance to reward the hard work of small publishers.  Fiction as well as poetry.  Nominations have closed and the shortlists are now being voted for.  People vote online; each shortlist is made up of the top five nominees.  If you have a look you’ll see that there are some really good nominations.

I was very surprised when… I was nominated in the Best Reviewer category.  That came out of nowhere; I guess it was for this blog as much as anything, so thank you very much to any readers of this blog who voted for me!  I’ve also done reviews for various other publications, mostly online and a couple in magazines.  See top right of this blog, above the photo: if you click on Poetry reviews etc, there’s a list of my reviews with links.  I think some people have been checking that page out before they vote, because it’s had a lot of views in the last few weeks.

Anyway, do please vote… for me, if you like the reviews on this blog!   And in as many categories as you feel you can – the more votes the small poetry publishers get, the more our recognition will count against their under-recognition by the big prizes.  And the more Claire Trévien’s own hard work in organising the awards will be rewarded.

Thank you.  Here’s the link.

Voting ends tomorrow, Sunday 25 May.  There’s an award ceremony in Oxford next Saturday, 31 May, plus a book fair and readings; you can book tickets here.
Posted by Fiona Moore at 14:29 4 comments: 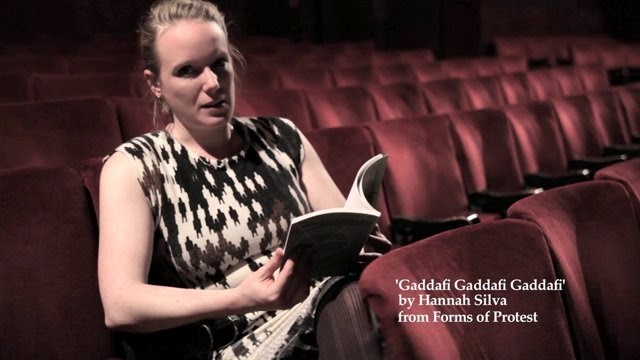