What could be a better way to end the summer?  You arrive at the far corner of a leafy London square, walk through some doors and enter a  hall of poetry – long lines of stalls, coloured with books of many shapes and sizes.  You spend the next few hours stop/starting your way up and down the lines to admire the layout, browse, and talk to the publishers.  Your progress is pleasantly impeded each time you meet (or literally bump into) a friend or acquaintance.  Not only Londoners – this is the fair’s 4th year, and customers come up/down for it.  As do the publishers, whether from Hastings or Bridgend, Glenrothes or the Norfolk coast.

Hard to believe it’s only 4 years – the fair seems so well established, and is now an event in the poetry calendar that’s just as important as the TS Eliot Prize, for example...  Or more so.  The TSE Prize is at the apex of poetry's established order, where the roles of king and kingmaker tend to rotate between a few writers and publishers. 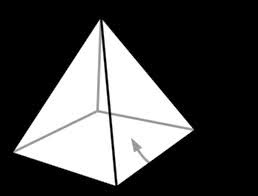 What the Book Fair does is to deconstruct the pyramid into eight long lines.  Everyone, whether Cultured Llama or Faber, gets equal exposure.  (Of the big five only Picador was interested from the fair's early days, see here.)  The same applies to the readings, which go on all day in a side room and at the garden café, and then decamp to a local pub.

Such deconstruction fits well with the way poetry today may be going.  In an editors’ panel discussion, Tom Chivers (Adventures in Form) described this as fragmentation: from two or three schools of thought into hundreds, raising many questions about authority.  Mark Ford (Best British Poetry 2014) described it as post-post-modern and compared the British scene to the tribal American one, where, he said, you find a tribe that’s comfortable for you and operate within it.  I wonder whether our scene is big enough for that, and rather hope not – see events like the Book Fair, allowing us all to cross-fertilise.  Tom hoped for anti-tribal.
Karen McCarthy Woolf (Ten: the New Wave) talked about the trend towards more collaboration, both between poets and between poetry and other art forms, reflecting today’s web-linked environment.  She had hope that books would survive to enable the quiet denied by the internet.  She wanted to see more political poetry.  Throughout the day groups of NHS demonstrators marched past Conway Hall and police stood at the entrances to the square, as if to mark our collective failure on that front.

As anthologists, they agreed there was a certain randomness to discoveries and choices: Mark said every anthology should have a health warning to that effect.  Karen said she was more interested in emotional risk-taking than linguistic gymnastics.  Tom said “when it stops being a poem, that’s when I usually want to publish it”.  When editing Adventures in Form, he’d asked Paul Muldoon to be more strange…

Somehow, fleetingly and through a misunderstanding, a new concept emerged: The Anthology of Poetry that has not yet been Written.

Back to the fair.  One good thing it does is expand and reinforce the reader’s mental map of poetry publishing – and therefore, to some extent, of poetry itself.  61 exhibitors were there this year, listed here; many regulars, some new, from modernist to mainstream to unplaceable.  Here’s publisher Five Leaves’ perspective on the fair.  No website, however good, can replicate the experience of looking at books and pamphlets set out on a table ready to be picked up, weighed and browsed, with the publisher/editor there for conversation.  It’s good to have a once-a-year chance to see what Reality Street, Peepal Tree Press, Arc or Etruscan Books have got.  (Flipped Eye, where were you?)

The Arts Council’s grant is important.  They are sometimes accused of supporting writers more than books, but they gave (I think for the third time) a grant towards publishers’ travel expenses which was clearly much appreciated.

Chrissy Williams, who helped run the fair for the first three years, has now taken on founder Charles Boyle’s superhero mantle as director, with the help of manager Joey Connolly and teams of volunteers.  They did a great job, making a complex project look easy – the ultimate test.  Charles was there as editor of CBe, which has to get Displacement’s vote for most aesthetically pleasing stall.  The photo doesn’t do justice to those parcel-brown book covers.
Everyone was loving the catalogue, also sponsored by the Arts Council.  Each publisher has a page, with a short description of what they do… and a poem.  Something to browse after the fair.  I’ve been regretting that I missed zimZalla’s “fully playable poetry board game”.  But then that’s a good description of the fair itself.  Long may it go on.
Posted by Fiona Moore at 14:00