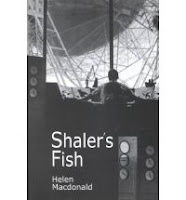 I got this difficult, dense book out of the Poetry Library several months ago, and have serially renewed it.  The poems’ fractured syntax, their language sometimes drawn from science, periodic archaisms and very unlinear shifts of thought made them hard to inhabit at first.  The more I read them, the more I wanted to, for their independence, their intelligence and the feeling of getting lost in a hail-driven landscape (or, sometimes, stuck in a thicket). They seem to me both conceptually exciting, and down-to-earth.  That is not to say I understand them any better now, in the sense of being able to explain them, but I don’t think that is what difficult poetry is for.  I do feel I can inhabit them.  Quoting is problematic – adding to the difficulty by removing the context.  Here is the beginning of ‘Poem’:

To state the discovery of a country
& be in a time without rage, keeping wings
near yourself, as barred as buried in the day, crossly.
Some present results; a tree, a quail, a rock, a hawk
rousing one’s mind from safety and tameable illness
to beautiful comprehension in the form of a hunch
as patience directs

the finishing line is a trail of feathers to brush.

Macdonald is a falconer.  A lot of the poems have birds, and/or some kind of perspective of flying.  ‘Poem’ has a quote from the artist Paul Nash as an epigraph: “Death, about which we are all thinking, death, I believe is the only solution to this problem of how to be able to fly”.  The poem’s first line surely contains Hamlet’s “undiscover’d country from whose bourn / No traveller returns’.

That epigraph (there aren’t many) is helpful.  Someone who’d heard Macdonald read said that her comments about the poems made them more approachable, but on the page, approachability isn’t her aim; the poems reflect the complexity of thought and lived experience.  The whole of ‘Poem’ can be read here, with several others.

This is the end of the final poem, ‘letter to america’.

with something as cold and as hard and as temporary as flight
& what you were hoping is that the air would recolonise you
recognise you and welcome you into the sunlight
and all would be forgiven. ink in the thick air would curl

I find that description of flight wonderful, both hard-headed and lyrical.  Macdonald does that sometimes – allows her dense diction to unravel into a lyrical flow, or flight.  As often, the effect on the part of the brain that processes poems visually is semi-abstract.

Her perspective must be affected by falconry… working with an alien consciousness that inhabits an element and perspectives we’re mostly barred from.  Thinking about that, and reading these poems, reminds me of flying kites.  It always felt as though they were alive, especially the one my mother made out of surplus dress material, a small blue-and-green flowery print stretched over a bamboo cross.  That kite’s longing was for the earth, at speed.  The trick, hardly ever accomplished, was to get it high enough for its loop-the-loops not to end in the disaster that birds of prey miraculously avoid.  My favourite was a box kite with red side-wings that would stay up for ages, and on holiday I would lie in the heather, feeling it through the string looped round one hand, half-believing I was up there too.

The book’s cover has a photo of Jodrell Bank (shirtsleeved man at control panel underneath mess of girders and rim of vast telescope) and the same poem begins:

amid the rain of ether from the noisy sky
& the mild diffidence of dials, the drench of laws
and scripts greeting the storm…

I’m not sure about the ethics of quoting a poem back-to-front, but at least for this one there are nearly two pages in between.

The title Shaler’s Fish puzzled me until I noticed, belatedly, that the whole book has an epigraph, about a pupil being given a fish by his teacher and told to study it, but not discuss it or read about fish.  This works as a manifesto for Macdonald’s fiercely independent tone and rigorous observation of experience and mood.   This is from ‘Walking’:

I am valorous in the face of such kindness, as ravens on pylons
stock doves and the roll of limestone bulks out our version
ripping out a throat in even dreams, eyes shut & breathing
concentrating on the sodden lake of the heart, and its sharp depths
up for retching on sweetness: sugar, tunes, airs, the memory of love 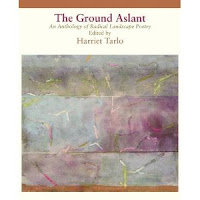 Of course there are influences.  I knew about Macdonald because she has some poems in the Shearsman anthology of radical landscape poetry, which I wrote about here last year.  The introduction to that book suggests that she might be seen as an inheritor to Peter Riley.  She also sometimes reminds me of Denise Riley (the names are a coincidence, and I thought of DR before going back to the anthology and being reminded of PR).  Reading ‘Tuist’, I thought of DR’s ‘Dark looks’ and ‘Affections must not’.  It’s partly the tone of the wit, which more often stays below the surface in this book.  The setting appears to be a country house hotel:

…pulling the whole rueful shore
to a ha ha, a net around practical ankles
ah, how the hay smokes
into papaverous skies
as we address the heights of the C20th
in a poplin shirt, all declamatory and tired
with a suit that seals to rest these soft
and perfect metals.

The short lines in that poem are a rarity.  Macdonald favours longer lines and often quite dense forms, though also couplets, which allow the language and thought some space.

Shaler’s Fish was published by Etruscan Books in 2001.  Available from them by post, or online from Waterstones.  Macdonald hasn’t published any poetry books since then, though she has written other things.  This lack of the expected productivity must be one reason she isn’t better known, at least in mainstream poetry.  The nature of the work must be another.  The trend towards eclectic non-linearity among younger British poets just might change that – it would be good to see this trend embracing such marginalised, modernist, rewarding poetry.
Posted by Fiona Moore at 22:01