Aldeburgh: will it be the same?


It won’t, can’t be the same, but will it be the same?  It’s hard to imagine Aldeburgh Poetry Festival without the sea.   The year before last, I arrived late on the Friday afternoon.  There was a thick sea-mist which blotted out any noise from the town and allowed only the waves’ east-coast roar.  A band of foam disappeared into the mist – a poet from another planet might have thought it was our source of light.  Spaced along the shingle beach were fishermen in their fortune-teller tents, each looming up as the last one vanished.  Their long high lines were a beheading hazard in the fog.


Aldeburgh has moved up the river to Snape.  We won’t be listening to poetry with the sea a few yards away, or moving from one event to the next via the sea-front, going for a long walk on the beach or wandering up the high street.  Snape will be a very different environment, with everything happening on one compound; a shuttle bus will connect Snape and Aldeburgh. Snape does have the river, the Alde, much narrowed from its wide estuary just south of Aldeburgh.  There are reeds and marshes, and waders (birds! must take binoculars).   I’m looking forward to exploring the paths along the river – those that exist; at least one looks on the map to be high-tide-only, if not wholly fictional.  Perhaps marooned poets, or worse, will become an Aldeburgh feature.  It’s 2 miles’ walk to the magical church at Iken, on the edge of the mudflats past Troublesome Reach.

I expect the venues will be lovely, though rather more formal than Aldeburgh, and larger.  They will be accessible, an excellent feature that’s still a rarity for poetry events.
Might it all feel a bit corporate?  We’ll have to try to prevent that…

As for the programme – this year I’m looking forward most to what I know least about: Korean poetry and poet Ko Un, who is reading on the Sunday afternoon.  At Aldeburgh/Snape he’ll be interviewed, and his translator, Brother Anthony of Taizé, will give a talk on Korean poetry.  Ko Un lived through the Korean War; he has been in prison a lot (in South Korea).  A biography and some poems can be read at Korean Literature Today.  This is the end of ‘Sunlight’, in which a ray of sun visits the prisoner’s north-facing cell.

This military prison special cell
is a photographer's darkroom.
Without any sunlight I laughed like a fool.
One day it was a coffin holding a corpse.
One day it was altogether the sea.
A wonderful thing!
A few people survive here.

Being alive is a sea
without a single sail in sight.

The programme’s structured much as ever, which is good.  The short events – the craft talks, short takes and close readings – are as enjoyable as the set pieces, or more… though nothing can beat the atmosphere of a packed-out Aldeburgh main reading, on the Saturday night or Sunday afternoon.   May it remain that way. 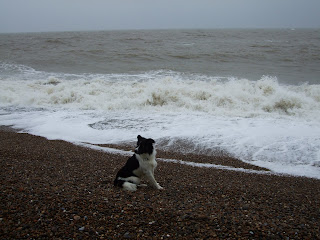