In the summer, there was trouble at the Poetry Society.  Now both summer and trouble seem long ago and far away.  But PoSoc’s members have to elect a new set of trustees at the AGM on 14 September.  There are 32 candidates, who all look formidably well-qualified: how to use our dozen votes?
The Poetry Society’s director, Judith Palmer, was restored to her job in August after a petition signed by over 1,000 people.  The board apologised “for any of its decisions, statements or actions that may have contributed to the current difficulties”.  It’s not clear to me whether these things happened because of the petition, or Arts Council pressure, or both.
This doesn’t mean all’s well again… the new board will have a lot to do.
For a start, there’s the money.  As far as I know, the Arts Council is still withholding the July tranche of PoSoc’s current grant, as well as not confirming the award of a significantly larger grant from next year.  The overdraft must be rising (and the reserves are down by 20% or nearly £30k, thanks to the outgoing board).  The new board will have to convince the AC it can trust them to lead and support PoSoc towards recovery, and delivery of the promised programme.
Then there’s the human factor.  The only visible bit of this is a board statement on PoSoc’s website, just before Palmer’s return, announcing the resignation of three vice-presidents… Anne Stevenson, Don Paterson and Sean O’Brien.  No explanation as to why, but the timing can hardly be a coincidence.  According to Baroque in Hackney, the word was that they resigned in support of Fiona Sampson, the editor of Poetry Review; as Ms Baroque says, one hopes this is not the case.  But it’s easy to imagine that relations between Palmer and Sampson may be strained, given the circumstances around Palmer’s resignation.  The board, without consultation, changed the reporting lines so that the editor of PR reported direct to them, rather than to the director.
This change is presumably now in doubt.  So there may be a very tricky structural, policy and personnel issue to be resolved, which will require a great deal of sympathy, tact and open dealing – with the poetry world looking on, and possibly getting vitriolic.  There’s also the question of the length of the PR editor’s contract.
There’s PoSoc’s staff: though very loyal and restrained throughout, they were made miserable by the loss of Palmer, and by the whole mess.  The board will need to support Palmer in restoring morale.
There’s us, the members; and there’s PoSoc’s reputation in the wider world.  A lot of work there too. 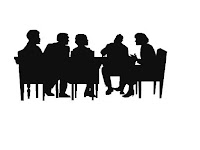 ﻿So how to choose the best trustees?  The candidates have got 200-word election statements, here.  They are all admirably well-qualified, with experience in relevant areas such as arts administration, the law, finance, advocacy, education, governance, poetry stuff…  Plus jobs past or present ranging from ski team management, forestry and mental health mentoring to trade unionist and high court judge.
But the last lot looked well-qualified on paper too.
Above all, the new trustees will need to be exceptionally good at working with everyone whose trust needs restoring: Palmer and Sampson, all other staff, the Arts Council, the membership, the media, etc. And probably the bank manager.  The SOED’s first, now obsolete definition of a trustee is “a person who is trusted or to whom a thing is entrusted”.
These trustees will need to be able to listen, empathise, consult, communicate, persuade, resolve conflict; to think strategically, give a lead and be decisive when necessary; to be open and honest; and to support Palmer and co, rather than trying to manage them day-to-day.
This is why deciding how to vote is difficult.  The candidates’ statements, however impressive, won’t tell us who can do these things best.  We can’t interview them, which would be the best way to form a judgement, though even that’s far from infallible.
I spent part of a rainy Sunday having a look at the statements, and thinking about how to use my votes.  I don’t have clear answers, only a few points that have helped a bit. 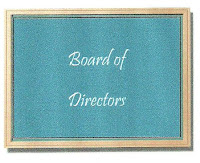 On closer reading, I’ve realised that some candidates demonstrate they have thought about what qualities are needed for the role they are applying for, rather than just listing their experience.  Anyone whose statement refers to listening, acting as a resource for the staff, conflict resolution, etc is in with a good chance.
Several of the candidates have played a creditable role in events so far.  Others have been nominated by people who have played such a role.
It would be useful to have some PoSoc experience on the board, for continuity’s sake.  There are a few candidates who offer this.
It would be good to have a diverse board.  Several candidates say they’d like to redress a London bias which I think is fair.  Around a third of the candidates are from London, though; only just over a third are female; and probably nearly all are white.
﻿

Two-thirds of the candidates** signed the petition to restore Judith Palmer to her job.  There are lots of reasons why people might not have signed, such as being away, having problems with the technology, or not liking the herd- or even lemming-like nature of petitions.  But I want at least some of the people I vote for to have signed it, because I’d like to be confident that there will be solid support among trustees for the reinstatement, so they can move on from that issue.
Several went over the 200-word limit.  See any statement that breaks off in dots half-way through a sentence…  Sticking to such rules does demonstrate consideration for one’s fellow candidates, and for voters.  Possible tie-breaker for marginal choices.
A few candidates mention the elephant in the sitting-room – factionalism – it’s nice to hear people say they are against it.  Even though living up to that might be hard!

Finally, for when all those cv-words lose their meaning, Alex Swann has created lovely Wordle wallpaper out of each candidate’s statement.  It's not just pretty - the most used words are in larger fonts.  This can be seen on the alternative Wordpress poetry society website, along with frequently updated info about the AGM, nominations, proxies etc.  As Martin Alexander who runs the site points out, there is a good deal more than 200 words about many of the candidates on the Nominations page.  Some have posted their unedited statements, and others have added additional material. There is also discussion on the About page of the 200 word limit and how the over-long statements got cut.
I’m willing to be a proxy again – you can email me at fionamoore at aetos dot freeserve dot co dot uk.
**Candidates who signed the petition to reinstate Judith Palmer:
Martin Alexander, Cary Archard, Tom Bell, Polly Clark, Claudia Daventry, Valerie Dunmore, Helen Jagger Wood, Charles Lauder Jr, Kona Macphee, Bert Molsom, Cheryl Moskowitz, Heather Neill, Mark Niel, Graham Norman, Paul Ranford, Jon Sayers, Michael Schmidt, John Siddique, Laurie Smith, Tim Turnbull, Isabel White, Dr Stephen Wilson.  [Some who didn’t sign it are nominated by people who clearly wouldn’t have nominated them if they were against the reinstatement.]
Posted by Fiona Moore at 13:25