Do small publishers get fair access to the big poetry prizes, and if not, what are the barriers and what can be done?  I asked four small poetry publishers for their views.  It’s hard for them to come out with these themselves; that could be self-defeating. 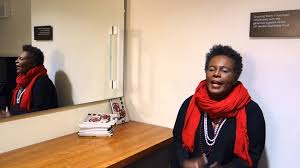 The background was this year’s Forward Best Collection Prize (see previous post). The Forward shortlist, and winner Claudia Rankine (left), shook up the familiar poetry prize carousel – shortlists and judging panels alike dominated by the major publishers, an apparent unwillingness to look outside the mainstream, and this reflected in a predominance of white and (to some extent) male winners.  See the audit I did of the Forward and TS Eliot Prizes nearly two years ago.  Also see that audit for some caveats; it’s not possible to write about poetry prizes without these.

The TS Eliot Prize shortlist has just been announced and major publishers retain their grip on that; the list of poets is more diverse, perhaps reflecting a trend in poetry publishing. 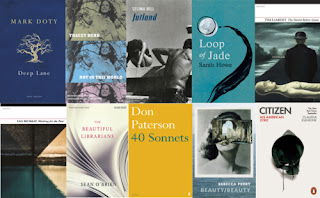 The four small publishers I questioned are experienced, hard-working and well-respected.  They come from different parts of the UK and publish a wide range of work.  One has had some success with poetry prizes, the others haven’t.  I asked about the TSE and Forward, to keep it simple, but some answers ranged more widely.  I’ve mostly presented the issues in the publishers’ own words.  Of course not all of them said everything, but responses were similar.  I’ve highlighted the one case where they disagreed.

All appreciated the helpfulness of poetry prize administrators but felt that the processes and results didn’t reflect it.  They identified three barriers to fairness: the judging system (for the TSE Prize), the timing of entries and the cost of entering prizes.

The Forward Prize administration was praised for being welcoming and helpful to small publishers, for example accepting books in manuscript form, having an online submissions system; and for responding constructively to criticism.

Especially wonderful is the way [Susannah Herbert] talks to people and listens and takes criticism on board and responds, all in a completely informal and open way.

The staff at the Poetry Book Society (which runs the TSE Prize) were also praised for being helpful.

They communicate well with us and some individuals in the organisation work very hard to be accommodating, thoughtful and helpful – this is much appreciated.

and this contributes to a perception of lack of transparency.

There was general frustration that the prizes are dominated by the big six.  Joey Connolly in The Poetry Review last year: “Only one of the forty PBS Choices in the last ten years has come from a non-major publisher”.

It does all feel rather London-centric and larger-publisher orientated at times. I’d like to see many more regional indies on these lists, and poets whose work may be more at the fringes.

Specific criticisms focused on the judging system for the TS Eliot Prize.

The PBS and the TSE need a big jolt… the whole set-up is odd: the judges have 40% of their shortlist chosen for them by the other judges of the seasonal Choices... Last year [when two of the three judges had close links with the winner] was a fiasco.

Can we have some non-poets and real-life poetry readers on this panel?  .. I’d like to know WHO the [PBS selectors] are and see that there are also a diverse mix of selectors young/older, women/men, and BAME poets.

Poetry prizes tend to take in books for reading in advance of publication, so that when shortlists and winners are announced they aren’t out of date.

If I want to submit for the PBS summer choice/recommendations (books published April/May/June), for example, I have to send them proofs at start of previous December.

Having to send books/proofs in early was a problem for three.

The smaller the publisher the shorter the lead times.

It’s probably hard for the organisers to get the balance right between timeliness and ease of entry.  Larger publishers may have a presentational /psychological advantage too if the judges are reading their entries as books or well-presented proofs rather than in manuscript form.

The cost for small publishers is often the numbers of free copies that are hurled into the abyss of prizes, review copies and comps.  It is sensible to print cheaply: perfect bound cheap editions so the unit cost is small…  My books have a high unit cost because of their production values.

It’s usually somewhere between £60-£200 worth of books to enter, plus printing off of manuscript copies, postage of around £20 – it all adds up. We write off this cost as part of what we do, but it’s a sizeable cost and it can feel like a disheartening process.

The TSE and Forward are not worse than average though there is a cost problem with the PBS Quarterly Choice:

If a book were to be selected for PBS Choice, the terms are grim. They agree to buy lots of copies, a couple of thousand, but these must be RRP under a tenner and they will buy for a very low price… It means you need to set a high cover price and a low print cost in order to make anything on it at all.

Then there’s the Costa Prize, or how “the UK’s largest hospitality company” extracts money from poetry publishers:

For the Costa, in addition to the handful of books [to enter], 20 free books if shortlisted; if you win the poetry category, publisher has to pay Costa £4,000 for ‘general promotion of the books’; if you win outright, another £5,000 on top of that.

Costa prizes.. are pretty much un-enterable for us at present… how wonderful to be shortlisted, but how awful then to try and find £4k to pay for the privilege to a private company as large as Whitbread PLC – no opt out or support for smaller publishers!

What, one wonders, are sponsors actually paying for, if the publishers have to pay for promotion?

And some other prizes:

Guardian First Book Award: in addition to the handful of books, an entry fee of £150 + VAT; if the book is shortlisted, they require 70 free books for their reading groups (..the books get to people who otherwise wouldn’t have read them..).

And the Next Generation promotion:

… Not a prize but there was a fee levied per poet, and charged if you were selected, that was the same whether you were a major or a small publisher – plus a number of books had to be sent, and no sliding scale or additional help to enter for small press publishers, despite it being ACE funded.  As a result we entered fewer poets… 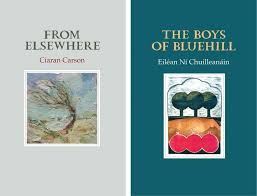 Despite all this, and even through gritted teeth, these small publishers continue to enter their poets’ books for prizes.

Not submitting is self-defeating.

The chances that they will be placed or win are remote but one can't let the author down (actually one can [some small publishers don’t enter everyone they’d like to]).

What could be done to make it easier for them and to lessen the perception – shared widely in the UK poetry world – that prizes aren’t fair?  Which is not good for any poets or publishers, large or small.

A.   Some changes at the Poetry Book Society/TSE Prize, which is now perceived as lagging behind the others:
o    Widen the range of judges and selectors to include reviewers, editors, poetry readers etc.
o     Implement a code of practice, as called for in The Poetry Review last year.  To the PBS’ credit it has agreed to do this (see current Poetry Review) – which might help achieve a more varied judging panel anyway.  (The Costa and Forward Prizes said No to this idea, but then their judges are more diverse.)
o    Reform the link between the PBS Choice and the TS Eliot Prize, or remove it altogether.  One option would be to allow the TSE judges to shortlist four books from any of the PBS Bulletin’s recommended books, which would greatly widen the scope (Peter Daniels suggested this in a comment on my audit).
o     Reform the PBS Choice pricing structure so that it is less punitive to small publishers.
o  Revamp the website to make information about the prizes, PBS Choices, etc clear and easily accessible.

B.   Publishers could submit collections initially as pdfs.  Judges would then call for proofs / books at a new, longlisting stage.  (This idea came from one of the four publishers, and a couple of the others liked it.)  Might be unwelcome to judges but would level the playing-field on timing and presentation.

C.   Take the cost out of Costa and the other expensive prizes.  Could mega-plc Whitbread afford a few extra thousand pounds to make their prize more accessible?  At the very least introduce a sliding scale of fees, maybe based on turnover.

D.  Funders of poetry prizes should consider using their power to reinforce calls for change.  For example:
o     The PBS got £22k from Arts Council England (ACE) last year as part of a 2-year grant.  ACE could make any future funding conditional on changes.  PBS also report £49k from foundations etc in their 2013-14 accounts.  Foundations could be more proactive.
o     The Forward Foundation gets £144k for 2015-18 from ACE with which it has National Portfolio status.  It’s easy to imagine that a dialogue on diversity has taken place.
o     Next Generation Poets 2014 received £40k from ACE.  In future, ACE could insist on a sliding scale of charges to help small publishers.

I’d like to thank all four publishers who spent time and thought on answering my questions.  And finally, as one of them said:

What are the real prizes? And do prizes actually put poets off writing well?
Posted by Fiona Moore at 18:54