Circus of the absurd: climate change, floods and the BBC

This is supposed to be a poetry blog.  But occasionally poetry gets swept away…

Yesterday, Radio 4’s Today Programme staged a discussion about the impact of climate change on extreme weather.  It left me incandescent with rage, un-put-outable by any amount of flood water.

They paired politician Lord (Nigel) Lawson, ex-Chancellor and head of the Global Warming Policy Foundation, with scientist Sir Brian Hoskins, head of the Institute for Climate Change at Imperial College and Professor of Meteorology at Reading University. 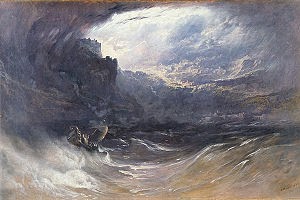 Hoskins made his case firmly and cogently, and was scrupulous about stating how strong he judged the scientific evidence on each aspect discussed.  But he must have thought he’d been asked to enter the circus ring and jump through hoops with the animals.  Lord Lawson employed various rhetorical tricks, and played the usual denialist’s game of cherry-picking the evidence.

There was something deeply humiliating about the whole set-up – not only personally for Hoskins, but for rationality, enlightenment and science.  Not to mention bad for the planet.

I wrote to complain, but got an automated reply from the BBC to say that they were getting ‘a large number of emails’ about this interview, so I needed to complain at http://www.bbc.co.uk/complaints/.  I did that too, but had to cut out a lot of my email to fit.  So here, since it will remain unread, is the full email I wrote to Jamie Angus, editor of the Today Programme.  Or you might rather go to the Transition Network to read their excellent letter.

I am writing to complain about yesterday’s interview with Sir Brian Hoskins and Lord Lawson on floods and climate change; and more generally about the BBC’s concept of ‘balance’ in its climate change coverage.

My specific complaint is that you presented Lord Lawson as a valid interlocutor on climate change, giving his views the same weight as those of a respected scientist.

I could hardly believe my ears.  If you ran a discussion on a possible revolutionary new treatment for cancer, would you invite a politician linked to private health companies to debate with a professor of medicine what impact this might have on cancer patients’ life expectancy?  (See here for Lord Lawson’s links with the oil industry; and note that his Global Warming Policy Foundation refuses to declare its funding sources.)

As you will know, there’s near-consensus among scientists that human activity is causing global warming.  See a wide range of authorities from the IPCC to the Royal Society.  Rising sea level and extreme weather events are two of the impacts: DEFRA and the Met Office, among others, have pointed out the risks to the UK.

Rob Hopkins of the Transition Network has, I see, written to you, and has effectively demolished Lord Lawson’s cherry-picking and distortion of the facts.

I am at a loss to understand why presenter Justin Webb did not challenge Lawson, who used all the rhetorical tricks one would expect from a politician, which of course Hoskins would never use.  Indeed Webb contributed, in his interventions, to the impression that the debate was balanced.  For example, he said: “Some people would say there is a strong chance” man-made global warming is happening.  That’s very misleading, when the vast majority of scientists agree on this.

It’s time the BBC stopped interpreting ‘balance’ in debates on climate change to be between scientists and denialists.  The latter deserve a tiny percentage of climate change airtime, with funding links declared.  Instead, there’s plenty of room for interesting debate – for example I believe that climate scientists disagree on the extent to which extreme weather events such as the floods are the direct result of / exacerbated by climate change.

The weight of scientific evidence for man-made global warming is such that the BBC’s concept of ‘balance’ amounts to misinformation.  From the British Broadcasting Corporation, that’s worse than irresponsible.

The way you address climate change is at odds with your mission to “inform, educate and entertain”, and with the first of your values, “Trust is the foundation of the BBC: we are independent, impartial and honest”.

Finally, here’s a news item you might base a piece on – a forthcoming joint guide, ‘Climate Change: Evidence and Causes’, from the US National Academy of Sciences and the Royal Society, designed for decision-makers, educators etc, setting out the arguments and highlighting areas where consensus is firm and where there’s ongoing research and debate.

I look forward to hearing from you.  I’d be grateful if your reply could cover what guidelines for reporting on climate change the Today team follows, whether they are appropriate for the BBC’s mission and values, and if not, what action you will take.   Also, what you are going to do to ensure your team understand the true balance of the debate.  Seems to me the whole team, editors, reporters and presenters, need an in-depth briefing on the science.  I’m sure you’d find some eminent climate scientists willing to provide this!

See here for Lord Stern’s take on floods, storms, weather and climate.  Oh, and… if you feel like complaining, go for it!