This isn’t one of those ‘I can’t believe it’s a year already’ moments.  I can believe it, it does feel like a year.  In a good way.  This is the 47th post, and a few days ago the blog got its 10,000th page view.  That’s nothing by big blog standards, but it’s fine for me.  The average daily figure’s going slowly but steadily up. 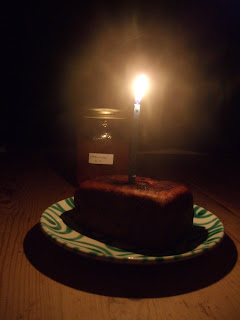 Dear Readers, thank you.  Especially those who’ve commented on posts: here on the blog, by email or in person.
Around 2/3 of page views are from the UK, one-sixth from the US.  Of the final sixth, most come from Germany, Russia, India, Canada, the Netherlands, South Africa, Ireland and France.
But this blog also gets read in many other places: Algeria, Brazil, China, Dominica, Egypt, Finland…  One mystery is that no-one in Belarus has ever read the blog, though I’ve written about a poet who comes from there.  Maybe this says something about Belarusian access to the internet.  I get quite a few from next-door Ukraine.
I know that some of you read the blog regularly, because whenever I leave posting for much longer than a week, the daily numbers start to go down.  I also get hits via search engines of course.  Some of these are interesting and/or strange.  Here’s a sample:
anaphora in the hurt locker
auxiliary lovers
how do the play’s characters change for the better
how does in praise of feeling bad about yourself
instead of poems
lost trust poems
m**s* s*x
m**s* smiling
poems about gossip society
poems on lost trust
poetry
sad depressing poems
skyscraper quotes
socialistisch realisme
социалистического реализма
suffolk
ungratefulness
villanelle most difficult quotes
why is american politics so vicious?
why is poetry hard to write
The *’s represent 2 o’s and then 2 e’s.  These m**s* searches (which I don’t much want, hence the disguise) come from Canada and the US.  Local equivalent of British jokes about sheep?  All because of one quite innocent m**s* photo, which was illustrating a point about Sarah Palin.
How on earth did people searching just for ‘poetry’ or ‘suffolk’ find this blog? 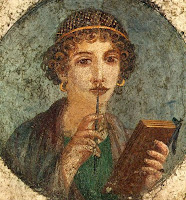 The most popular posts have been on the Poetry Society, political poetry, JH Prynne, Elizabeth Bishop redrafting ‘One Art’, the Poetry Trust losing its grant, Valzhyna Mort’s Factory of Tears, Carcanet’s New Poetries V, and Stephen Watts.
Sometimes I know exactly what I want to write about; other times I haven’t a clue before I start.  I’d like to write about things that other people don’t.  That includes the elephants in poetry’s sitting-room.  What are they?  If you have any ideas, please comment here, or email me: fionamoore at aetos dot freeserve dot co dot uk.
Posted by Fiona Moore at 22:17