Why does nobody read J H Prynne?

Well, not nobody; I do, for a start.  But I have yet to hear anyone else express enthusiasm for his work. 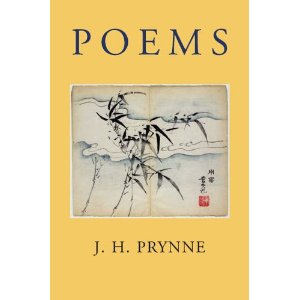 He doesn’t make it easy.  I’ve just weighed Poems on the kitchen scales: 2¼lb, or just over 1 kilo.  This slab of a book would be a useful accessory for yoga, or for building a wall.  And getting hold of a smaller helping of his poetry is difficult.  With one exception, on Amazon you pay between £95 and £322 for old pamphlets, but most of them are unavailable.  Prynne hardly ever does readings.  There’s a recording on YouTube of him reading at Chicago a couple of years ago, but the sound quality is very poor, and, having expressed doubt about the value of readings in his introduction, he doesn’t read particularly well.

And then there are the poems.  Here is the opening of ‘The Ideal Star-Fighter’:

Now a slight meniscus floats on the moral
pigment of these times, producing
displacement of the body image, the politic
albino.  The faded bird droops in his
cage called fear and yet flight into
his pectoral shed makes for comic
hysteria, visible hope converted to the
switchboard of organic providence
at the tiny rate of say 0.25 per cent
“for the earth as a whole”.  And why
go on reducing and failing like metal: the
condition is man and the total crop yield
of fear, from the fixation of danger; in
how we are gripped in the dark, the
flashes of where we are.

That poem is from Brass, 1971.  It’s one of the poems he read in Chicago, maybe chosen because it is relatively easy to follow.  It seems to me to be a violently pessimistic poem.  In the last section it includes the lines “We walk / in beauty down the street, we tread / the dust of our wasted fields…. we have already induced / moral mutation in the species”.

Typically for Prynne, it plunders the vocabulary of various specialisms, politics and also literature to produce strange juxtapositions, connections and imagery.  I find this exciting – it makes my synapses spark, whether or not I understand what is going on.

I’m not sure that late modernist poets are meant to be lyrical.  A few years ago I went to a reading/lecture by John Kinsella, organised by The Wolf magazine, in which JK and others referred admiringly to Prynne’s non-lyricism.  I suspected them of macho posturing, reflecting a value system which at least has the merit of rarity.   I find some Prynne very lyrical, including the poem quoted above.  More obviously, Moon Poem (from The White Stones, 1969), which ends:

I know there is more than the mere wish to
wander at large, since the wish itself diffuses
beyond this and will never end: these are songs
in the night under no affliction, knowing that
the wish is gift to the
spirit, is where we may
dwell as we would
go over and over within the life of the heart
and the grace which is open to both east and west.
These are psalms for the harp and the shining
stone: the negligence and still passion of night.

So Orpheus tamed the wild beasts
for long night comes down
moving naked, over the wound,
the gem from the crown.

What I don’t like at all is what is evident throughout his long oeuvre but becomes more pronounced in some later poems: a sort of senior common-room cleverness, an arid playing with language.  So I can see why people say, when asked about Prynne, that they find him dry and cerebral, as well as obscure and difficult.  But I think they miss the lyricism – and the emotion.

I wonder if people also find the obscurity and difficulty threatening because they may not get individual references in a poem, let alone the whole picture.  Though in this google age, the former can be less of a problem – I just googled a quotation in ‘A New Tax on the Counter-Earth’ (from Brass) and found it came from Trollope’s The Prime Minister.  The poem, which is highly ironic and in parts comic, includes these lines:

… the stupid slow down & become
wise with inertia, and instantly the prospect of
money is solemnised to the great landscape.
It actually glows like a stream of evening sun,
value become coinage fixed in the grass crown.
The moral drive isn’t
quick enough, the greasy rope-trick
has made payment an edge of rhetoric;
the conviction of merely being
right, that has
marched into the patter of balance.

That could have come from a 2011 collection, not 1971.  Prynne’s  poems often use words from  finance and economics; they address the environment, disintegration, the edges of things, the end, muddle, disaster.  It is a shame his fractured language should be perceived as a barrier to such contemporary stuff.  I can’t think of anyone else who writes about it half as compellingly.  ‘On the Matter of Thermal Packing’ starts

In the days of time now what I have
is the meltwater constantly round my feet
and ankles.  There the ice is glory to the
past and the eloquence, the gentility of
the world’s being…

That’s from the end of the 60’s.  I am probably reading it too literally, but the poem does contain a powerful metaphor for transience and instability (and/or other things I’ve missed); and becomes all the more powerful when read today.

Relevance is only part of it, though.  One way to enjoy the poems is to… well, enjoy them – read them in a state of negative capability, and see what happens.  Maybe have fun reaching after references later, but only once the poem has entered in, as a poem, with all its richness and energy and colours, and anger, confusion and sometimes despair. 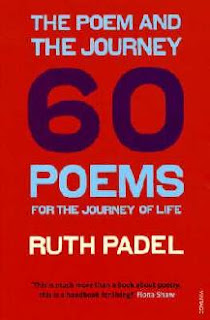 There is a bit of help available with reading Prynne, though some of it is written in language which may well put off anyone who’s put off by Prynne anyway.  Thus keeping the smooth walls of the ivory tower in good repair.  An exception is a piece by Ruth Padel on his early poem ‘The Holy City’, in her book The Poem and the Journey.  She says, of modernism generally and JHP in particular:

‘It is as if, ninety years after [Modernism started, it] has become a form of elegy: a lament for the fact that words can never exactly match things…  Or else it has become an intense form of yearning driven by two incompatible desires: to get everything in and say you can’t.  A poem may want to be all of life but has to use form and language.  Form and language limit it, so the poem can never fulfil what it longs for… words can never completely represent the world.

‘Formal traditions make a virtue of this; they revel in it.  Avant-garde work, like space travel, always wants to go for broke, go farther, strip away frontiers and boundaries.’

Another exception is an interesting piece by Robert Potts in the Guardian, here, from which comes this statement by Prynne himself about his poetic practice:

‘It has mostly been my own aspiration, for example, to establish relations not personally with the reader, but with the world and its layers of shifted but recognisable usage; and thereby with the reader's own position within this world.’

A more recent piece by Potts is here.  And there’s a whole Prynne poem in Jacket, here, analysed by John Kinsella.

Two years after writing this I went to a lecture by Prynne at Sussex University.  It was rather entertaining – see here for an account.

Prynne’s Poems are published by Bloodaxe.
Posted by Fiona Moore at 16:17